Thanks to a generous donation the museum has been able to acquire a rare 1995 VW MK3 CityStromer electric car!

This car is considered a major breakthrough in the history of the electric car. It was the first EV considered suitable for everyday use and introduced several now-familiar new technologies.

The oil crisis of the 1970s caused many car makers to consider producing electric cars. The VW story is typical with their first batch of experimental EVs appearing in 1972. In 1976 They launched the ELEKTRO-GOLF but it was the first Citystromer of 1981 that proved a great success. Only 70 were built but as the Golf model developed so did the electric version. The Golf Mk2 Citystromer still featured lead acid batteries but its range was now 60Km and top speed 100k/h despite its high weight of 1.5 tons.
The Golf Mk3 Citystromer, as displayed here, was developed with Siemens and although still using lead acid batteries the range increased to 90km at a constant speed of 50km/h. Remarkably the recharge time to 80% was then only 90mins making this car an ideal zero emissions commuter. It was also the first EV to feature braking energy recuperation; now universally adopted by modern EVs. 120 cars of this model were built when production ceased in 1996.
VW along with most other manufacturers the set aside EV development until a breakthrough came from Sony who developed the Lithium – ion battery in Japan. This showed huge promise when fitted to the Nissan Leaf in 2010. VW responded that year with their MK 6 Golf- e- motion followed by their e-Golf in 2013. The new battery and technology now allowed a range of 300Km and a 136hp motor gave the new Golf stunning performance.
Today in 2020 VW offer their ID range of electric cars and are setting out to ‘champion the cause’.
Very few original Golf Citystromers survive today. This one was imported from Germany in 2004 by Reap Systems, a sustainable energy specialist company in Southampton to showcase zero emissions motoring. It was converted to Lithium – ion batteries following the release of the Nissan Leaf in 2010 and has certainly been a part of the EV story. 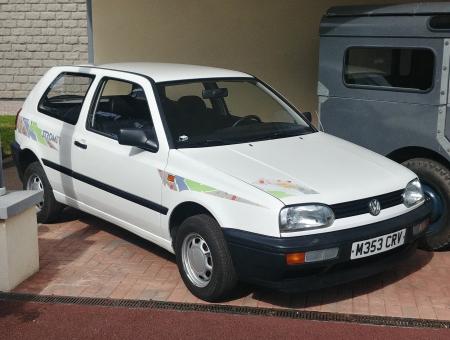 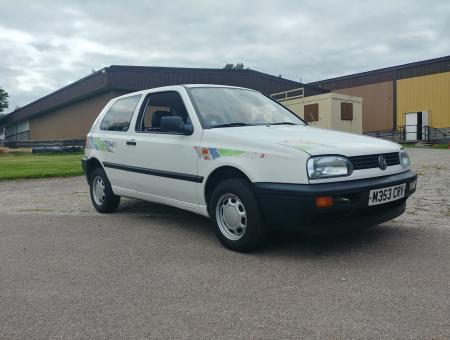