1956 saw the introduction of Land Rover’s first five-door model, on the 107-inch chassis, known as the "Station Wagon" with seating for up to ten people. This one, chassis number 006, is believed to be the oldest surviving 107” Station Wagon and is in remarkably original condition.

It was bought by Dr Graham Hopper of Stonehaven and used for his GP practice and on family holidays. It was then bought by the late Hon. Jock Leith of the Glenkindie Estate on the River Don and painted dark grey to avoid detection by the deer when used for stalking. It was used in this way continuously until 2002 and became a familiar sight locally.

The Land Rover has been the subject of a two year conservation programme by the museum’s volunteers, keeping as much of the original vehicle as possible.

The museum was pleased to receive a Restoration Award from the Transport Trust. 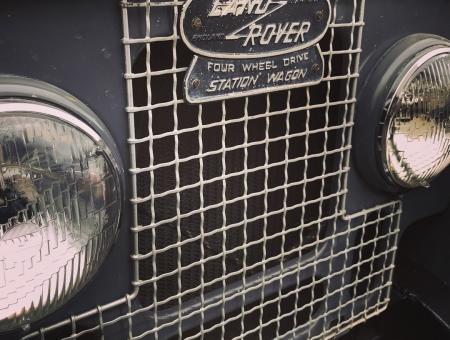