Before the first railways, Britain boasted a reliable transport system that was the envy of the world.

Stagecoaches were fast and incredibly punctual - many carried passengers from Edinburgh to Aberdeen in just over twelve hours, employing as many as sixty horses on any one run.

Our exhibition features various coaches of importance from the era, including a postal stagecoach from 1847, a ‘travelling chariot’ owned by a local family in 1817 and a Brougham carriage – popular with commuters and as taxis throughout the 19th century. Also featured is a collection of postal service paraphernalia from the era of highwaymen and armed post guards, as well as the plotted history of the coaching period – from the first carriage to the advent of the railways which eventually spelled the end of an era. 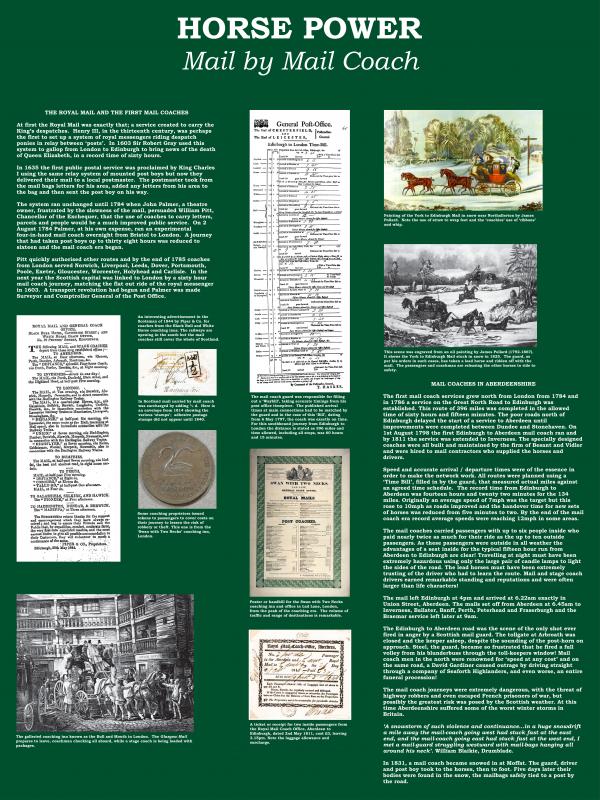 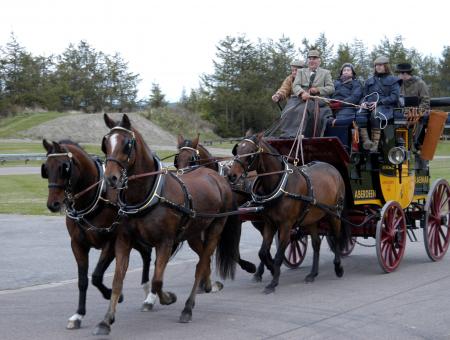