A REVIEW OF THE SCOTTISH MOTOR INDUSTRY

Scotland’s celebrated history of engineering innovation before the dawn of the
motoring era included great men like James Watt (1736-1819), William Murdoch
and others who developed the steam engine as a prime mover for the industrial
revolution. Roads throughout Britain were massively improved by John Loudon
McAdam (1756-1836) and Thomas Telford (1757-1836) who literally ‘paved the
way’, firstly for the coaching era and then the ‘horseless carriage’.
It came as no surprise that as motorcars began to appear in Germany and
France, Scotland was quick to take an interest. The first car was imported by
George Johnston of the Hydepark Locomotive Works, Springburn, Glasgow,
who was keen to assess its merits. The car, a Daimler, was closely followed by
a Panhard et Levassor and both arrived at Leith docks in October 1895. The
first step had been taken towards a Scottish Motor Industry.

George Johnston went on to play a very significant role in motor manufacturing
but was not the first to sell motor cars in Scotland. Coachbuilders were quick
to see potential and among the first to import and body Daimler chassis was
John Stirling of Hamilton. He sold his first car in 1896 and by 1897 was
importing 50 chassis at a time.

By 1896 Johnston had teamed up with Norman Fulton and Thomas Blackwood
Murray with finance from Sir William Arrol, builder of the famous Forth Rail
Bridge. That year they made their first car, a new design based on the horsedrawn
dogcart and using their own unconventional engine. Careful testing
followed and production began in 1899. Thus the Arrol-Johnston became the
first indigenous Scottish car at much the same time as Lanchester started up
in England.

Arrol-Johnston, Albion and Argyll, the famous 3 A’s, are the best remembered
Scottish car makers but there were many other pioneering attempts to establish
car making in Scotland, a story that was repeated throughout the world. 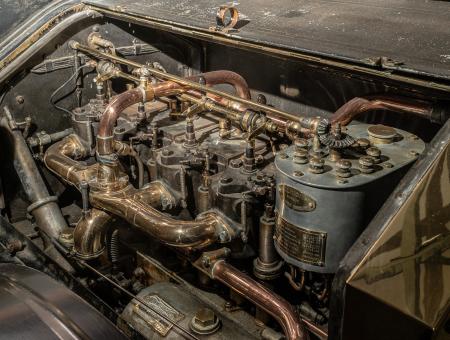 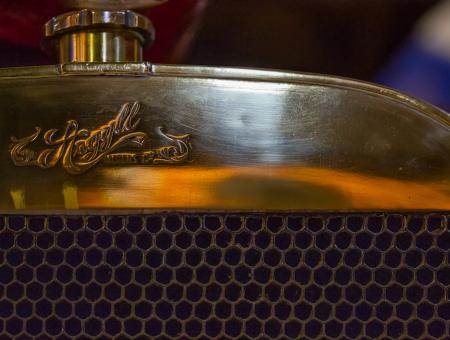